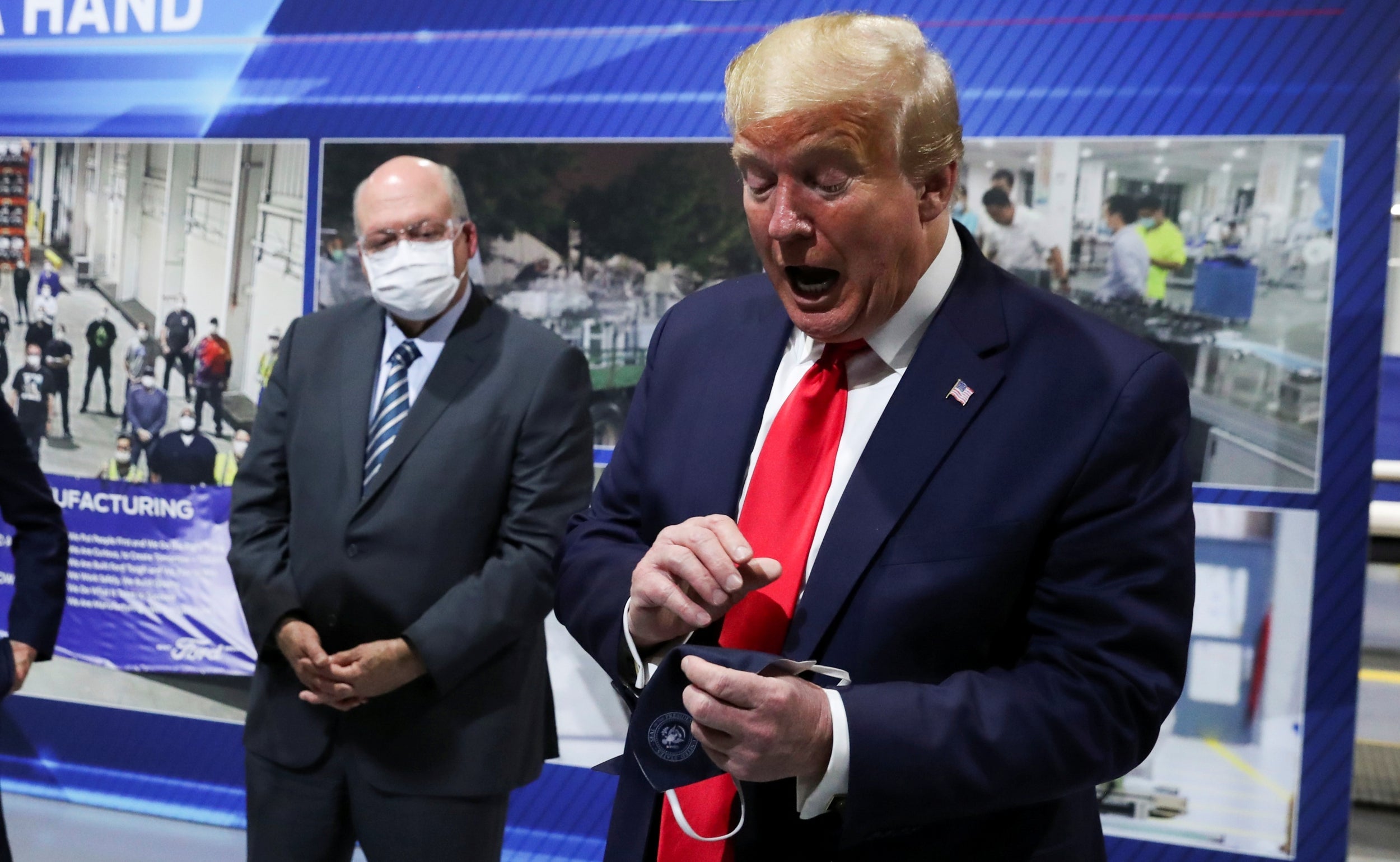 Donald Trump visited a Ford manufacturing plant in Ypsilanti, Michigan, on Thursday and declined to wear a face mask in the presence of the press, despite the state’s attorney general warning that doing so was both a company policy and a legal requirement in the territory.

Trump toured the Rawsonville plant, which has been recast to produce ventilators and personal protective equipment because of the coronavirus pandemic, and held a roundtable discussion with African-American leaders concerning vulnerable populations hit by the disease.

The hydroxychloroquine-huffing president did not wear a mask during any of his public events at the facility even though Ford reiterated on Tuesday that its policy remained that all visitors must wear them.

Trump has consistently disregarded guidance from the US Centers for Disease Control and Prevention (CDC) urging people to wear masks in close company to try to curb the spread of the virus.

Surrounded by Ford executives wearing masks, Trump told reporters he had put one on out of the view of cameras. “I had one on before. I wore one in the back area. I didn’t want to give the press the pleasure of seeing it,” he said.

When asked if Trump was told it was acceptable not to wear a mask in the plant, Ford executive chairman Bill Ford said, “It’s up to him.”

The company later said in a statement that the chairman had “encouraged” Trump to wear a mask when he arrived, adding that the president had obliged during a private viewing of three two-seater Ford GT sports cars.

In an interview with CNN, Michigan attorney general Dana Nessel said there would be a “very serious conversation” with Ford for permitting the president to violate state governor Gretchen Whitmer’s executive order on masks.


That order specifies that any person who is medically able must wear a mask in enclosed public spaces.

“They knew exactly what the order was and if they permitted anyone, even the president of the United States, to defy that order, I think it has serious health consequences potentially to their workers,” Nessel, a Democrat, said.

Trump told Nessel on Twitter she shouldn’t be taking her anger out on Ford.

“Not their fault, & I did put on a mask. No wonder many auto companies left Michigan, until I came along!”

This was her stinging response.

One thought on “Trump news live: Latest updates as president takes off mask at Ford factory and praises antisemitic founder”