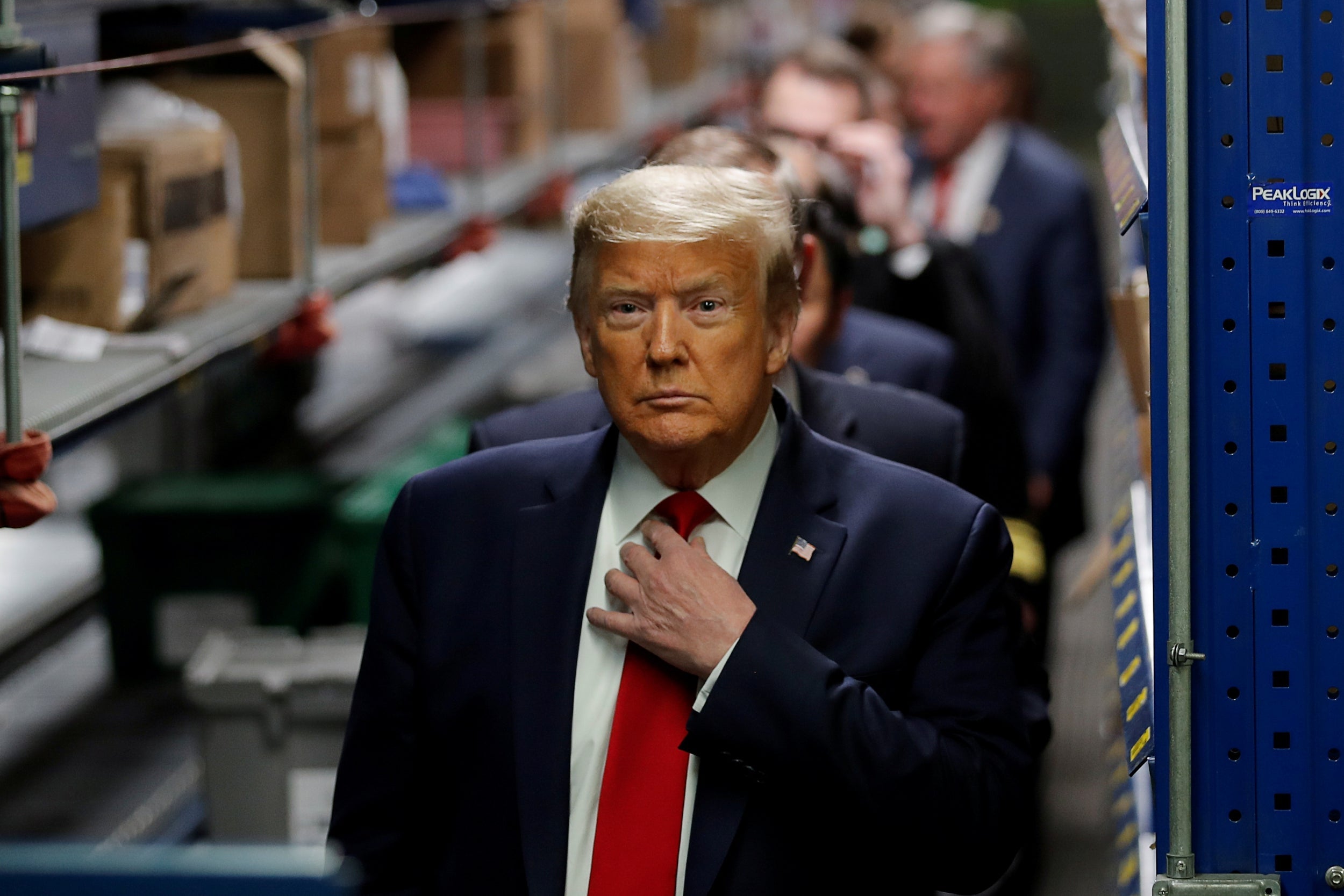 The House speaker lashed out at Trump administration officials and congressional Republicans seeking to slow work on a fresh round of coronavirus relief yesterday.

The White House responded minutes later with a threat that President Trump would veto the $3trn (£2.4trn) economic package Democrats have proposed.

The bill already had zero chance of passing the GOP-controlled Senate and reaching Trump, making the veto threat a symbolic gesture. Along with caustic criticism by the aforementioned McConnell, the exchange underscored the deep election-year gulch over what Congress’ next response to the crisis should be.

But Pelosi’s proposal served as an opening move and is likely to eventually produce negotiations among congressional leaders and the White House.

At a Capitol news conference, she lambasted Republicans who’ve said they want to hold off for now on more relief spending. “It’s amazing to me how much patience and how much tolerance someone can have for the pain of others,” she said.

Pelosi told reporters she believed both parties “and even down Pennsylvania Avenue” understand “the hardships Americans are feeling.” She called the Democratic proposal “our offer” and said while she’s had no recent negotiations with treasury secretary Steven Mnuchin, the administration’s chief bargainer, “I’m sure that they’ll come with something.”

White House officials quickly released a statement of their own. It said the legislation Pelosi unveiled on Tuesday is “more concerned with delivering on longstanding partisan and ideological wishlists than with enhancing the ability of our Nation to deal with the public health and economic challenges we face.”

McConnell said later in his ill-fated Fox interview that there was a “high likelihood” Congress would do another bill and said it would include GOP-sought language limiting legal liability for companies reopening for business. He added, “But it’s not going to be a $3trn left-wing wish.”

The House plans to approve the measure today, which would be Congress’s fifth and largest bill aimed at nursing the teetering economy through the coronavirus crisis. The measure is likely to pass on a near-party line vote and eventually lead to negotiations.

Objections listed by the White House and McConnell included provisions rolling back GOP-passed tax increases on residents of states with high taxes and making it easier for people to vote by mail and for immigrants in the US illegally to receive some federal assistance.

McConnell singled out what he called “the cherry on top” – provisions helping legal marijuana businesses.

Congress has approved nearly $3trn in recent weeks to address the country’s twin economic and health crises, including money for coronavirus testing.

Republicans have expressed worries about burgeoning budget deficits and said lawmakers should evaluate how the initial dollars are being spent before moving fresh legislation. They also want to see whether the economy begins to recover as some states begin easing restrictions that have kept many businesses shuttered.

Today’s House vote comes as 36m Americans have applied for unemployment benefits since the virus hit the US.

Trump’s views on what to do next have been unclear. He’s pushed for a reduction of payroll taxes that’s gained little support in Congress.

Trump has also reportedly cautioned GOP lawmakers not to box themselves in by opposing aid for state and local governments. Many state and local officials of both parties have sought more federal aid as they face eroding revenue and growing costs for unemployment and health programmes.