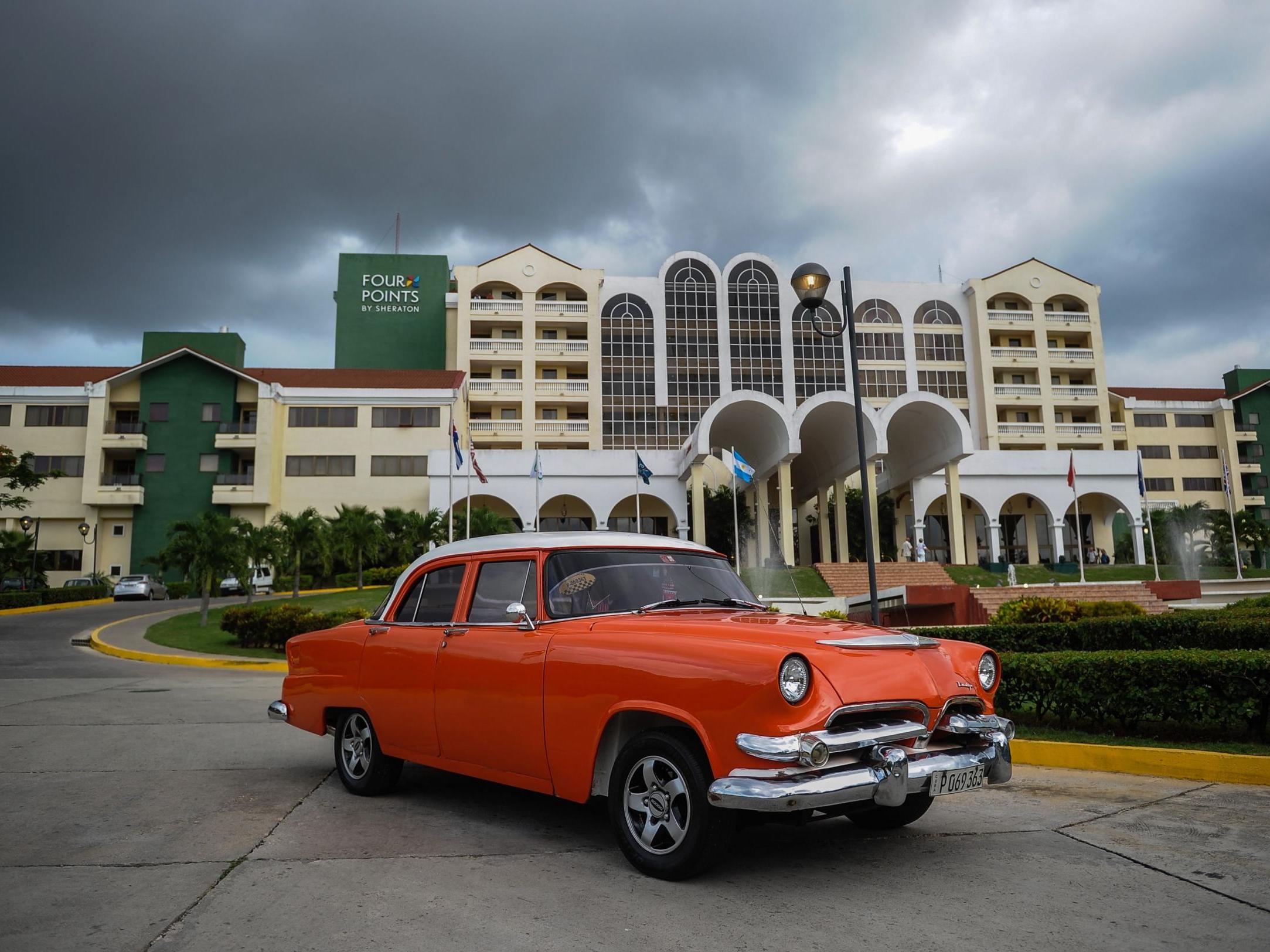 Marriott International has been ordered by the Trump administration to cease hotel operations in Havana, Cuba.

The hotel began managing the Four Points Sheraton in the communist-run country’s capital four years ago, but the current US administration has told them that they need to cease business there by 31 August, according to Reuters.

President Donald Trump wants to pressure Cuba into democratic reform and to stop its support for Venezuelan President Nicolas Maduro, according to the outlet.

Reuters report that the move to cease operations of the only American run hotel in the country could hurt US-based tourism in Cuba.

A Marriott spokesperson told the outlet: “We have recently received notice that the government-issued license will not be renewed, forcing Marriott to cease operations in Cuba.”

The spokesperson added to NBC News that they will “not be permitted to open other hotels in Cuba that have been in preparation”.

The hotel became the first US run in the country since the 1959 revolution, when it was granted a licence during the detente that former president Barack Obama pursued.

Since taking power in 2017, President Trump has rolled back the easing of the relationship between the two countries, but did renew the hotel’s licence in 2018.

Marriott had planned to manage a second hotel in Havana, at the historic Hotel Inglaterra, but was unable to open it before today’s announcement.

Phillip Peters, who has advised Marriott during its business dealings in the country with his consultancy FocusCuba, told Reuters that stopping US businesses from working in Cuba will damage its prosperity.

Marguerite Jimenez, at the Washington Office for Latin America, told the Miami Herald that this decision could effect other US owned businesses in the country.

She added: “Whether claiming to support the Cuban people or Cuban private sector or not wanting to interfere in existing business operations, the president has said one thing on Cuba and consistently done another.”

$1.2 Billion From U.S. to Drugmaker to Pursue Coronavirus Vaccine