GREEN BAY, Wis. — You probably thought Robert Tonyan would find a place in the Green Bay Packers’ tight end rotation after his 54-yard touchdown catch against the Seattle Seahawks in 2018. Or after his leaping sideline grab against the Dallas Cowboys last season.

Not in 2018, for reasons no one could figure, and not in 2019, because he shredded his core muscle on that very catch — an injury that kept him out for five straight games. It limited his reps upon his return and ultimately required surgery in the offseason.

So why should anyone — fantasy football players chief among them — think this season will be any different for a tight end with just 14 career catches in two seasons?

Because Matt LaFleur says so. When asked whether Tonyan is in play for the No. 1 tight end job, the Packers coach didn’t hesitate for even a second.

Jimmy Graham is gone. Marcedes Lewis is back but turned 36 this offseason, and the Packers are hungry for a young tight end. Tonyan got the first crack at it. Last year’s third-round pick, Jace Sternberger, missed the opening of camp because he was on the reserve/COVID-19 list, and this year’s third-round pick, Josiah Deguara, is, well, a rookie. There’s also recently acquired H-back John Lovett, who can play multiple spots.

“We feel really good about Bobby,” LaFleur said. “I will tell you, he worked extremely hard this offseason. You can tell, his body, he looks like he’s in great shape. He’s got a much better understanding of what we’re trying to do on the offensive side of the football. Again, it’s going to be a competitive situation for not only that room but for every position on this team.”

For the third straight offseason, Tonyan worked out with 49ers tight end George Kittle in Nashville, Tennessee. They’ve even lived together. Packers inside linebacker Oren Burks joined their workout group, too.

Tonyan didn’t say whether his new choice in hairstyle this season was meant to copy Kittle’s, but he makes no secret of Kittle’s influence on his game.

“Just being around someone who’s done it and lives it, it’s just another person to compete with every day,” said Tonyan, a high school quarterback turned receiver at Indiana State. “Whether we’re playing video games competing or in the backyard getting catches on the JUGS, it’s just competition nonstop. When you have a good relationship with one of your buddies and you’re also competing 24/7 when you’re with them, it brings out the best in both of us just constantly competing and constantly getting better at just everyday life.”

First, Tonyan had to get his body better.

“He did a great job coming off of surgery this offseason,” Burks said. “We were working side by side for pretty much this whole offseason. I’ve seen the work he’s been putting in. He’s a grinder, man. He loves the game. He plays at a fast tempo. I’m excited to see what he does this year. I know he’s going to be a difference-maker on our offense.” 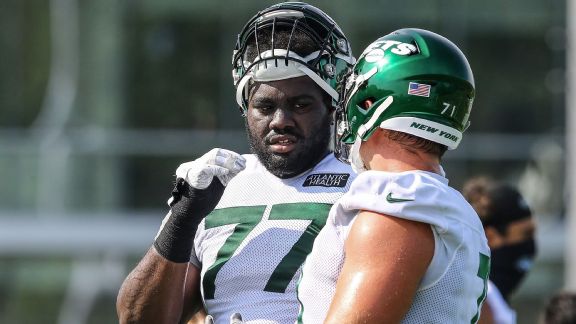 Each of the past three training camp practices, Aaron Rodgers has targeted Tonyan in team (11-on-11) periods, and he has caught all three targets. The Packers will no doubt work in Sternberger and Deguara more, but Tonyan is certainly getting his chances.

Even without Tiger Woods, golf’s elite make a point at WGC-Mexico Championship