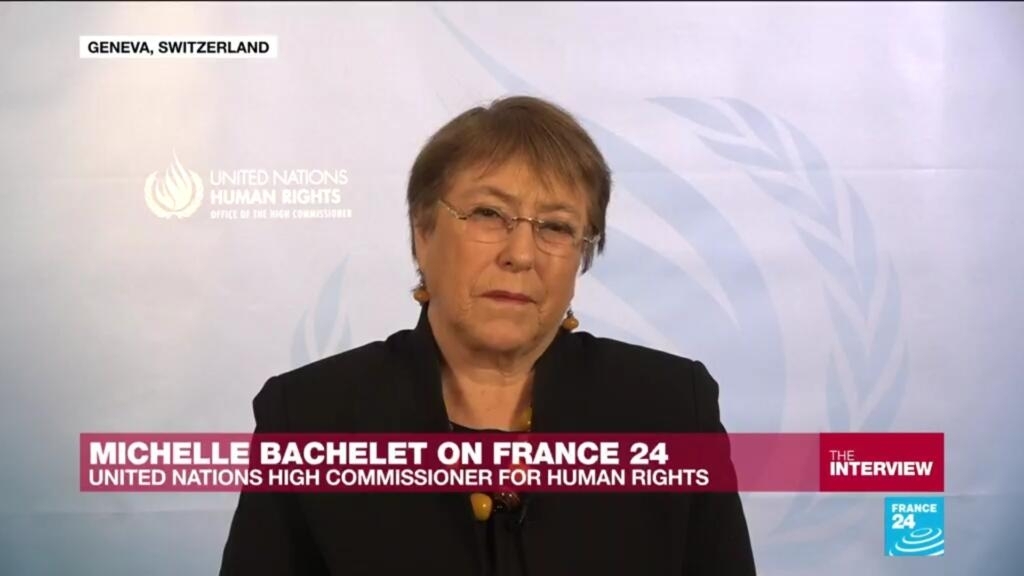 In an interview with FRANCE 24, the UN High Commissioner for Human Rights Michelle Bachelet warned that some governments were taking advantage of emergency powers imposed amid the Covid-19 crisis to stifle dissent. She also called for the response to the pandemic to be “driven by science-based facts”, rather than politics or the economy.

Speaking to FRANCE 24 from Geneva, Michelle Bachelet warned that the response to the Covid-19 pandemic should be “driven by science-based facts”, rather than politics or the economy. The two-time former president of Chile pointed out that as a former world leader herself, she understood the need to restart the economy but warned that the virus was likely to stay and that all steps should be taken based on “scientific facts”.

The UN human rights chief voiced concern that some governments were taking advantage of emergency powers, lockdowns and curfews to further stifle dissent and crack down on political foes, human rights defenders and journalists. “In many places we have seen that some governments are using it (the pandemic) to shrink… even more… the civic space and the possibility of civil society to express and they are also threatening journalists and diminishing the freedom of press and that is unacceptable,” she told FRANCE 24.

She urged the US to lift sanctions on Iran and Venezuela, stressing that the sanitary situation called for such a move in order to save lives. Bachelet added that the medical exemptions to those sanctions touted by the Trump administration were too narrow and said only a suspension or a lifting of the sanctions would have a real impact.

She also said she was deeply worried about the worsening situation in Libya, noting that the warring parties had ignored the call for a ceasefire and admitting that the UN’s efforts were unsuccessful for now.

Finally, Bachelet warned that if Israel were to annex the West Bank, as the new government plans to do, this would be an “unacceptable” violation of international law.

After Beirut Explosion, Funerals and Fury