CHARLOTTE, N.C. — Brian Burns is a movie buff. There’s little the Carolina Panthers defensive end likes more than going to the theater — when there’s not a pandemic — or sitting at home watching favorite flicks such as “Major Payne,” “Blue Streak,” “Training Day,” “Avengers: Endgame,” “Friday After Next” and “Transformers.”

Burns likes “Major Payne” so much he dressed up as the Damon Wayans character for Halloween. Based on the video posted on Instagram, he pulled it off, down to the dance moves.

“It kind of speaks to my personality and it kind of doesn’t,” the second-year player out of Florida State said with a laugh. “I feel I’m a laid-back guy, but a little goofy at times. My movie spectrum, it goes everywhere.”

So do Burns’ moves on the field, where he has become a major pain for quarterbacks and hopes to be again Saturday night at Lambeau Field (8:15 p.m. ET, NFL) against Green Bay’s Aaron Rodgers.

Although he hasn’t racked up big sack numbers (six this season), his tally of 37 first quarterback pressures, per ESPN Stats & Information data, is tied for the fifth most in the NFL. He also ranks fifth as an edge rusher in pass rush win rate, beating his block within 2.5 seconds 25.4% of the time, according to an ESPN metric using NFL Next Gen Stats information.

He has 18 quarterback hits, 10 more than any other Carolina defender this season.

Based on those numbers, the movies Burns watches have a direct correlation to who he is as a player.

Burns’ strength is versatility. He can line up as a defensive end on either side or drop back into coverage as an outside linebacker in a 3-4, where the former coaching staff drafted him to play in 2019 with the 16th overall pick.

He’s not as physically imposing at 6-foot-5, 250 pounds as Carolina legend Julius Peppers (6-7, 295) was during his soon-to-be Hall of Fame career. Burns makes up for that with a combination of speed, athleticism and explosiveness that is second to few in the NFL.

“His ability to plant and get to the quarterback is extremely impressive,” general manager Marty Hurney said. “Brian certainly has the skill set to be an elite player in this league.”

Burns’ biggest fear on draft night wasn’t failing to live up to his potential as a pass-rusher in the NFL. It was that somebody on Twitter would spoil “Avengers: Endgame” before he had a chance to see it.

Burns, 22, in many ways does consider himself an action hero, and Spider-Man is at the top of his list. He wore Spider-Man socks to the draft in Nashville, Tennessee, and for his introductory news conference at Bank of America Stadium. 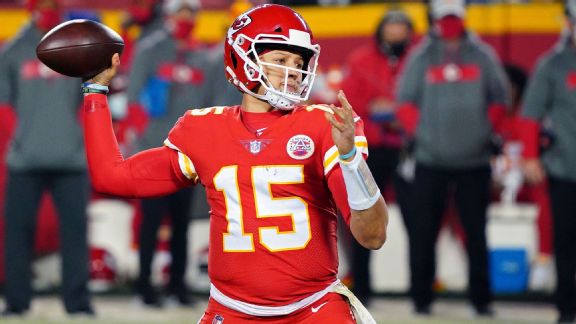 • How long for Mahomes to surpass Brees?
• How 2017 draft reshaped Saints
• Below .500 division champs? WFT’s path
• Jim Kelly: Allen will break all my records
• DPOY? Dolphins’ Howard has strong case

He celebrates sacks with various Spider-Man poses. His amazing knee bend and overall flexibility allow him to do them effortlessly.

Burns was in awe of McCoy, defensive ends Bruce Irvin and Mario Addison last season. He often referred to them as “dogs” because of their aggressive mentality.

With the overhaul of the defense under first-year coach Matt Rhule and defensive coordinator Phil Snow, the old dogs are gone. That elevated Burns to what free safety Tre Boston calls the “lead dog.”

Outside of rookie outside linebacker/safety Jeremy Chinn, Burns is the difference-maker on a young, inexperienced defense. He’s gone from a player who can beat you with speed and athleticism to a technician, one who can beat you with what he calls his “ghost move” and spins that often leave tackles helpless.

Boston has to remind people this is only Burns’ second season.

Two hands better than one

Burns was oh-so-close to blocking a punt in Week 4 against Houston last season. The frustration of not making the play left him pounding the turf with his right hand.

That defined his rookie year.

The pounding left Burns with a wrist injury that required surgery the next week during the bye. He wore what amounted to a club on the wrist and hand the next week and gradually worked his way to a cast and brace.

“Some people call it violent hands,” ESPN analyst Matt Bowen said. “A great example is Joey Bosa of the Chargers. He wins so often with his hands. I mean, that’s how he gets home to the quarterback. Not only being able to set up opposing blockers but also to disengage, especially against tackles that have length.

“You have to get those hands off you. You have to beat that length. To do that, you have to use your hands.”

Having two healthy hands has given Burns confidence to develop and use more moves. He has studied more players than he did a year ago.

Bowen liked Burns’ sack with the “ghost move” –- a fake and dip under the left tackle — against New Orleans quarterback Drew Brees in Week 7 so much that he posted it on Twitter.

DE Brian Burns – Made an impact on/off the ball in Week 7 vs. NO.

Drop underneath as a hook defender, impact the run game, win 1-on-1s on the edge.

“What you’re seeing now more is his ability to set up blockers at the point of attack,” Bowen said. “He can use speed to power to get offensive tackles back on their heels. He can win on both sides. He’s starting to use his hands more.

“He has the ability to become one of the league’s elite pass-rushers.”

Atlanta faced third-and-2 from its own 30. Burns lined up on the left side, got tackle Kaleb McGary to bite outside and spun inside to sack Matt Ryan.

“The reason I’m proud of it is I’ve been working on my outside spin the longest but never had the confidence to pull it out,” Burns said of his favorite move thus far.

When Burns says he’s been working on it, that means everywhere. He might be walking down the sidewalk and use the move on a light pole.

“You don’t see a lot of outside-inside spins, especially the way I do it,” Burns said. “I don’t do it in a stationary position. Before, even back in college, I would never pull it out just because I didn’t feel good with it.”

Hurney saw the potential for such moves at Burns’ pro day. It was a workout Hurney calls arguably the most impressive of the thousands he has witnessed.

He recalled standing behind the ropes and the gasp that went through the crowd of scouts and general managers in Florida State’s field house when Burns went through the blocking dummies, planted his foot and drove to an imaginary quarterback.

“His change of direction and acceleration, it’s just really special,” Hurney said. “It really was one of the most impressive I’ve seen.”

So far he has none despite having played against both. He’d like to change the Rodgers part of that on Saturday night.

“I wanted to get to him last year,” Burns said. “I didn’t come close.”

He’s optimistic it could happen Saturday. Nothing frustrates him more than being so close, which is especially the case this season.

“That sucks,” Burns said. “That’s one of the worst feelings in football, and nobody understands it unless you’re a defensive lineman. I mean, it’s almost like doing everything right and then at the end of the day it gets taken from you.”

Sacks aside, nobody can take away the body of work Burns has compiled. He has made a strong case to make the Pro Bowl and become something of a real-life action hero, like the ones he watches in the movies.

Even without Tiger Woods, golf’s elite make a point at WGC-Mexico Championship