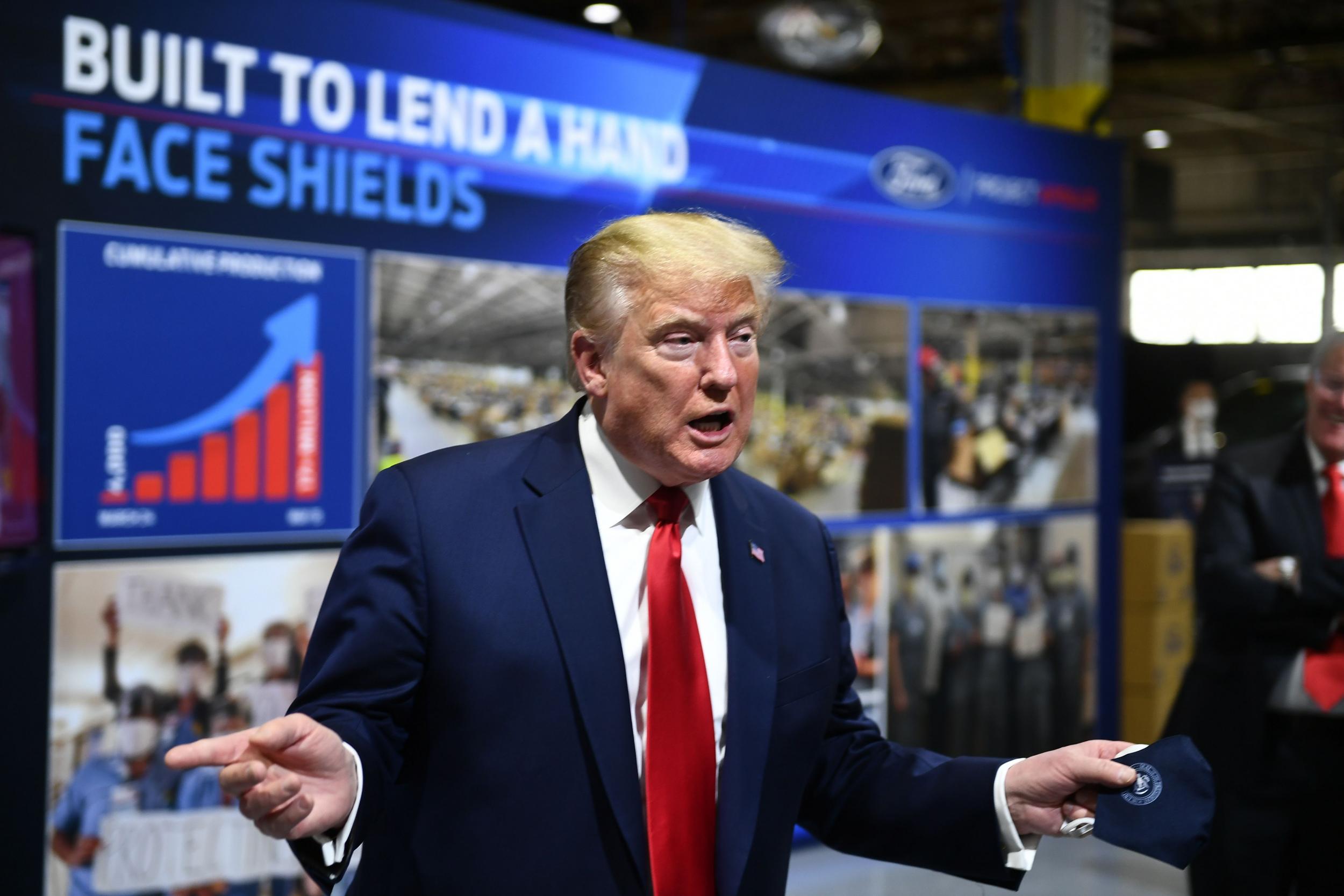 Donald Trump praised the Ford Motor Company’s founder Henry Ford – a notorious antisemite – for his “good bloodlines” during the president’s visit to one of the automaker’s Michigan plants.

The president said: “The company founded by a man named Henry Ford — good bloodlines, good bloodlines. If you believe in that stuff?” Apparently addressing William Clay Ford, the company’s executive chairman and great-grandson of Henry Ford, Mr Trump added: “You got good blood.”

Following the success of his revolutionary manufacturing enterprise, Mr Ford had published dozens of articles reflecting his bigotry, including antisemitic conspiracies targeting the “international Jew”, before he retracted his views in the 1920s.

But Mr Ford, admired by Adolf Hitler, received the Nazi Party’s Grand Cross of the German Eagle a decade later in 1938 at the onset of the Second World War.

Mr Ford also financed the publication of thousands of copies of the “Protocols of the Elders of Zion”, fabricated antisemitic propaganda invoked by Hitler as part of his justification for the Holocaust, which saw the murder of more than six million Jews.

“The most controversial and least admirable aspect of Ford’s career was his descent into anti-Semitism,” according to the Henry Ford Museum, noting that Mr Ford was “convinced that ‘bankers’ and ‘the Jews’ were responsible for a whole range of things he didn’t like, from the world war to short skirts to jazz music”.

Following protests and uproar over the publication of “The International Jew” series that frequently appeared on the front pages of his paper, Mr Ford pulled the series in 1922, then revived it a year later.

The president had previously hailed Mr Ford in August 2019 while criticising modern car manufacturers, while dismissing attacks over his embrace of being called the “King of Israel” and asserting that Jewish Americans who vote for Democrats are “disloyal” to the state of Israel.

Days before praising Mr Ford last year, the president shared quotes from right-wing conspiracy theorist Wayne Allyn Root who suggested that Israeli Jews “love him like he’s the King of Israel” and like “he is the second coming of God”.

The president’s official White House visits to factories across the US to praise workers during the coronavirus pandemic have mirrored his campaign rallies, as he floats conspiracies against his political opponents and attacks his rivals.

“We gotta get back to the rallies,” he said on Thursday during a visit to Ford’s Rawsonville Plant in Ypsilanti, Michigan, where the factory has ben repurposed to build ventilators for Covid-19 patients.

He added that he doesn’t want to hold rallies while people are mandated to be physically distanced. He said he would instead consider “outdoor, big ones” or “wait until the stadiums open” after “incredible demand” among his supporters for his return to rally stages.

The president also refused to wear face coverings for the entirety of his visit despite being urged by the company to do so.

“Bill Ford encouraged President Trump to wear a mask when he arrived,” a company statement said. “He wore a mask during a private viewing of three Ford GTs from over the years. The President later removed the mask for the remainder of the visit.”

“I didn’t want to give the press the pleasure of seeing it,” the president said.

He claimed Ford officials told him a mask was “not necessary” and that “it sets an example both ways,” suggesting he is signalling to his political base that refuses to abide by requirements for face coverings in stores and public places during the public health crisis.

U.S. Delivers Another Blow to Huawei With New Tech Restrictions